In return for your commitment to our premium product, we offer:

We have a variety of roles across our processing plants throughout the North Island of New Zealand including process workers, production supervision and management, engineering & trades, health & safety, and quality assurance. Plus sales, marketing, livestock procurement, logistics and finance. “I respected those around me and learnt so many people skills”

“I respected those around me and learnt so many people skills. I know it made me a better person.”

Melissa is another one of our wahine toa who have helped break the mould in the meat industry. She is a great example of someone who has used her time with us to move forward and become a mature and respected leader. Following her father’s 21 years in the industry Melissa joined Ovation in 2001 in what was very much a male-dominated industry. From the bottom up she worked in nearly every department, such as packing, offal and pre-trim before being encouraged to try slaughter as she clearly had the skills. She excelled and became a training buddy before relinquishing the role to another female. With the encouragement of Management and her peers, Melissa took up a Health and Safety role, and then became the Plant Union Secretary.

Career opportunities as a Process Worker

“I have been extremely lucky and given lots of opportunities to evolve and learn different things over the years and I encourage younger people to put their hands up if opportunities arise, stick your beak in to know how things work and ask questions. My mantra is: If you don’t learn something new today, you have wasted a day.”

Debbie commenced her career with us back in 1985 and has seen tremendous change, “The changes are wonderful which are indicative of the company. Ovation has always been the company that looked outside the square looking to add value and test markets.”

The Company’s constant drive for improvement has kept Debbie interested for over 35 years. She has worked in just about all departments, from a trimmer on the first nightshift in the boning room, to Quality control as both shifts expanded to include cutting, to becoming a Supervisor. "A female supervisor leading a team of mostly men on the night shift was unheard of at that time and taught me a lot on how to earn respect." Debbie did that for three years before settling into the Quality Systems Co-ordinator role where she still works today.

Debbie believes that there are plenty of opportunities ahead for our staff. "The introduction of a new freeze-dryer recently is awesome, another example of how the company continues to diversify into new areas of growth which is great for the staff and our community." “Whenever I wanted support it was always available to me”

“Whenever I wanted support it was always available to me.”

Gisborne Plant Manager Paul has journeyed from labourer to Plant Manager, and is a great example of what can be achieved with the right attitude, effort and a willingness to learn. Paul described himself as ‘not going anywhere’ when he first joined the industry in 2000. He soon began to appreciate what the industry offered and became a boner before joining Ovation Feilding as a bandsaw operator. Over 9 years he progressed through the business to Production Manager. Along the way Paul was very conscientious, enjoyed the job and challenge and the opportunity to advance his career became increasingly evident. Paul always put his name forward for new opportunities and loved taking on new responsibilities. When the Plant Manager role in Gisborne presented itself, Paul jumped at the opportunity to take the next step in his career. 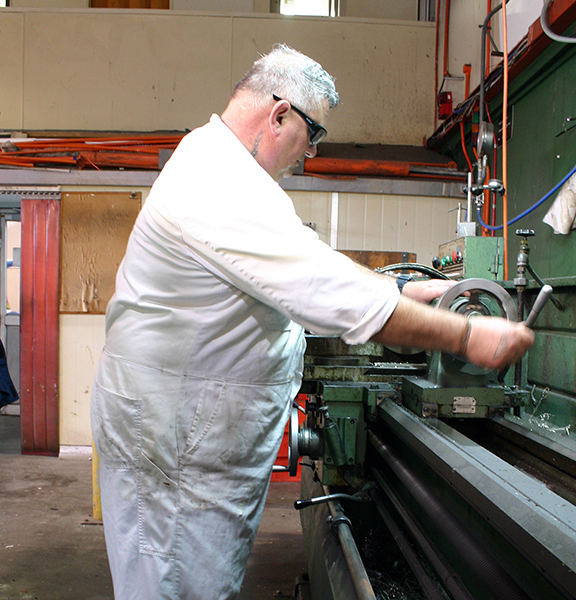 “For somebody who had nothing when I started, this job has given me a lot of opportunities”

“For somebody who had nothing when I started, this job has given me a lot of opportunities. It allowed me to live where I wanted to live, feed, and educate my kids. I’ve been able to give my kids everything I never had.”

On June 22nd 1985, Andrew started at the Waipukurau site in the processing room as a labourer. At 19 years of age, with a hunger for hard work, he put his hand up for any overtime offered, which included working in the workshop during the weekends. “My Stepfather instilled a strong work ethic in me, having to get up to milk the cows at 6am from a young age and working after school into the evening.”

In 1995 Andrew was recruited into the engineering team as a labourer, before progressing to a boning room fitter. “With no official qualifications, I was lucky enough to be offered an adult apprenticeship by the Company, and within 5 years I was fully qualified”.

When the plant in Waipukurau stopped processing, Andrew transferred to the Feilding plant for a year until an opportunity arose to return home to Waipukurau.

Andrew enjoys his time off fishing and spending time with his grandchildren. He recently bought a campervan and is looking forward to summer road trips with his wife and grandkids. After training as a fully qualified boner, Kane spent 5 years in the slaughter department and several different relief roles covering absentees and other staff shortages before moving to the freezers. Kane says “the early starts and early finishing times provides me more family time and I love the physical work in the freezers as it means you don’t need a gym membership. Working at Ovation really is like one big family with everyone as one big team”.

Our Management Trainee programme helps us find our leaders of tomorrow!

This 2 year programme covers all aspects of our business.  You will spend time with our best people in every department including Livestock, Operations, Compliance, Production, Marketing, Quality Control, Health & Safety, Logistics, and Finance.

Getting a glimpse into every department helps identify an area or pathway that sparks an interest.  Coming into this with an open mind often sees our management trainees gravitate towards a career they were  not expecting.

This is an amazing opportunity that we take a lot of pride in and have seen a lot of success from.  If this programme interests you, please contact us through the Work With Us page to discuss any future opportunities. Enquire about our Management Trainee Programme

Ovation operates modern plants in the North Island of New Zealand. Throughout all of the facilities substantial investment has been made in state of the art technology, machinery, processes and quality assurance programmes to ensure our products meet and exceed the highest international quality standards and customer expectations.
Click on your region
King Country East Cape Central Plains Hawke's Bay

9 minutes drive from city centre
Employs up to 360 people during the season
Opportunities to work day or night shift hours
Processes Lamb, Mutton and Goat

3 minutes drive from city centre
Employs up to 380 people during the season
Opportunities to work day or night shift hours
Processes Lamb, Mutton, Goat and Veal